IHF Health Club has been a long time in the making. It starts with director Dan Hood, back in his early 20s when he weighed in between 110-120kgs with over 40% bodyfat. One day as he looked at himself in the mirror, he realised his unhealthy lifestyle had to change. 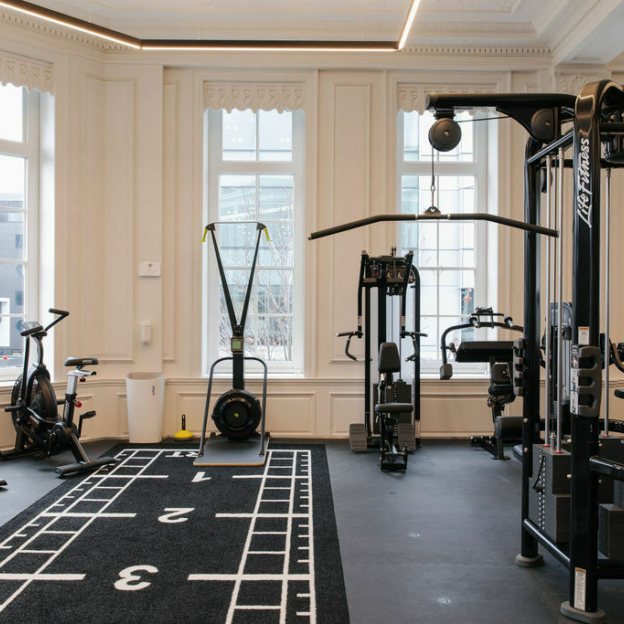 Dan joined a gym and began educating himself in fitness and nutrition. Over the next four years he went on to lose over 40kgs and competed in his first bodybuilding show. Dan had become a stronger person both physically and mentally, and he began to understand that health and fitness was about more than a healthy body – it was about a healthy mind too. Both of which he had managed to achieve.

It wasn’t an easy journey, and he made many mistakes along the way; he spent a fortune on supplements and tried every diet known to man before he realised the importance of energy balance and macronutrients. The experience and knowledge he gained during these years led him to start his own online nutrition business out of an office with a small personal gym attached.

This plan soon evolved into a small 24 hour gym and then (alongside wife Katrina) became a 24 hour commercial gym setting called Iron Hood Fitness, located on Manchester Street. They created it to be the gym they always wished existed – a well-designed space with high quality equipment and limited membership numbers, where the staff are friendly and eager to share their knowledge. This gym was such a success and loved by its many members, that it even won Independent Facility of the Year two years running at the New Zealand Exercise Industry Awards in 2018 and 2019.

During this time, however, Dan had bigger plans. He wanted to expand and provide more and better services. That led to finding the perfect location at The Crossing, where we are now. The 1,200sm fitout was an elaborate one with no expense spared. Because Dan had a vision (another one!) to create a health club where its members could experience everyday luxury. Despite several delays (including the COVID-19 pandemic), IHF Health Club finally opened on 17th MAY 2021.

“It takes many people to achieve what we have, and we are proud of the strong and supportive team that we have built at IHF Health Club. There is something for everyone at IHF Health Club and we’re excited to see what the future holds for us…and our members.”

The best of everything

IHF Health Club is the oasis you escape to – your everyday luxury.

See what makes us so different

Our friendly staff are available to chat through any information you’d like to know.